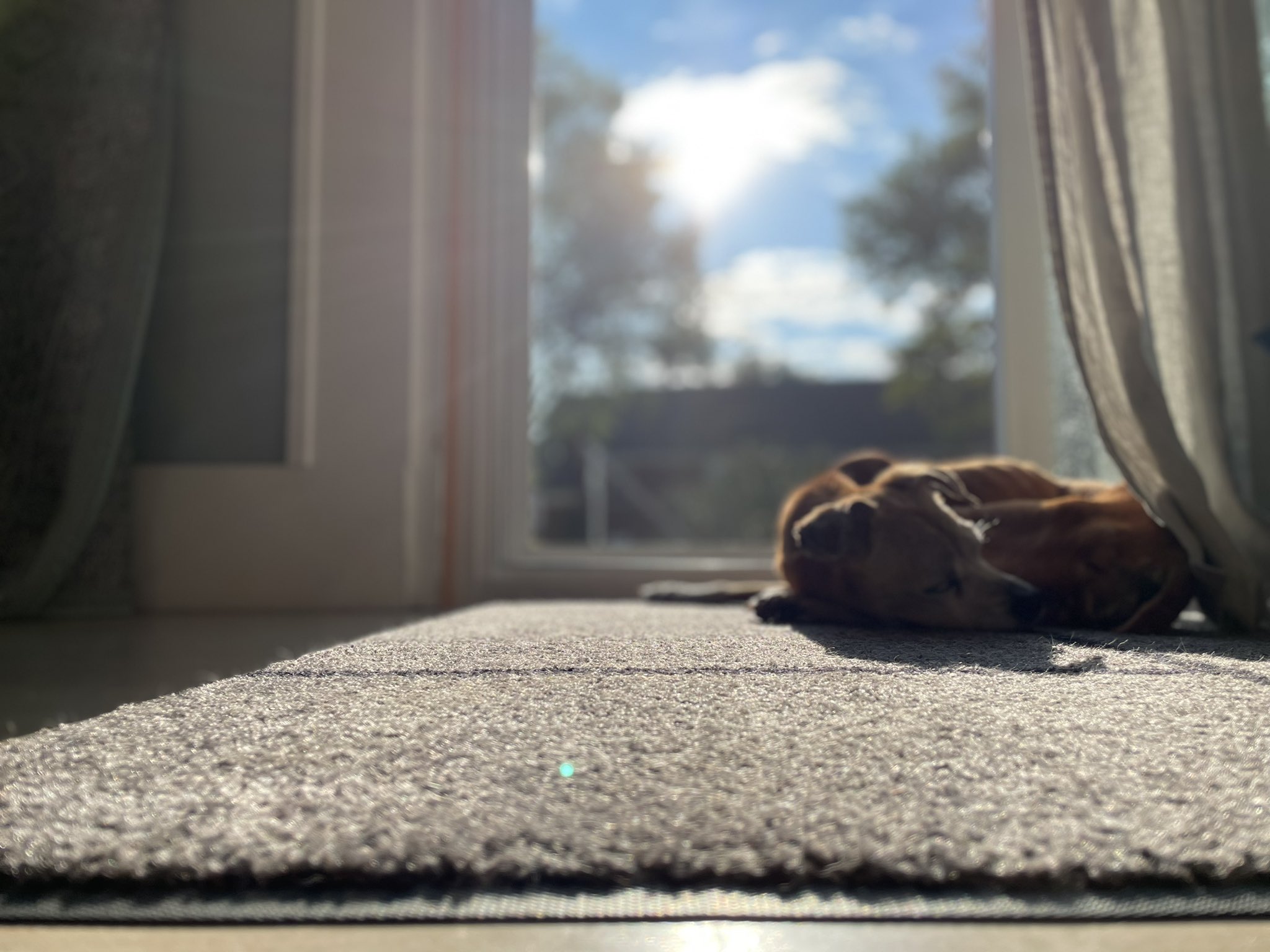 In late 2004 Cate and I started discussing whether we wanted a dog. The girls were 5 and 3, and we needed to decide if we wanted a pet to be part of their life. Then one fateful evening in January 2005 my father-in-law called and said “Do you still want a dog?”.

Apparently someone had dumped a puppy at the farm. In January. He was going to put her down so she didn’t freeze or starve, but then he found out that his mom was taking her into the house and feeding her. Pro-tip: don’t shoot your mom’s puppy. But she couldn’t stay there, it didn’t fit farm life. So he called us. We were a bit wary at first, because we didn’t know anything about her, but we decided to go for it. So the whole family drove up to Cadillac and we met in the parking lot of the Pizza Hut and got Lucky. We named her that because she was lucky to be alive. You can read about it on topher1kenobe.com.

When we got her home we realized she was probably abused at some point. If we looked at her and said her name she immediately peed on the floor. She was terrified of everything, all the time. After only a few weeks she got so it wasn’t constant, but it was a year or more before a stern word didn’t send her right back there.

She turned out to be the perfect dog for us. She was VERY cat-like. She almost never barked (only when chasing a squirrel), and she slept about 18 hours a day. One time when she was very new she chewed a nice pair of Cate’s shoes. We politely explained that was a no, got her some chewies, and she never chewed anything naughty again. She potty trained very quickly, and was great about asking to go outside.

She was much more active when she was quite young. She loved her toys, and would bring them to us and beat them against our legs until we threw them. But only inside. She had no outside toys, she thought it was weird. She would also get the zoomies in the yard when I came home from work. Going just as fast as she could around the perimeter of the yard. One time she clipped little Sophia in the back of the legs and wiped her out.

She also LOVED to go on walks. She was so proud, with one ear cocked up, and a swagger in her hips. She also loved to go to Grandma’s farm. If we got luggage out, or said the words “go to the farm”, she was dancing under our feet until we left. She didn’t like to ride in cars like other dogs. She wanted to be a coop in the back. No sticking a head out the window, not even sitting on the floor.

She didn’t have many tricks, but she was exceptionally obedient. We didn’t give commands, we’d say things like “Lucky, I think it’s time to go lay down” and she would go. When we needed her we’d say things like “Lucky, come please” and she would come right over. She never jumped, licked, or bit. (Except for one short, odd period where she loved to lick our bare feet while we sat on the couch.) If you held out your hands and said “Up please”, she would get on her hind legs and put her forepaws in your hands. She also really enjoyed smelling people’s breath. If you put your face near hers and gently breathed out, she’d sniff it carefully, but never lick or over-stay her welcome.

She had an odd relationship with water. If it was frozen (snow) she would LOVE to run out in it, plow through it, and generally frolic. If it was not frozen (rain, bath, etc) she would rather die than have anything to do with it. She’d go 24 hours without peeing, just so she didn’t have to go out in the rain. She LOATHED baths. As she got older she started to tolerate them a little, partly because I think she liked the heat on her joints.

She also played with her food at the beginning of every meal. When it was tie to eat we’d say “Hey Lucky, you want a piece?” and she’d get all excited. We’d throw it across the floor and she would chase it, and snap at it and duck and dodge. Occasionally she’d bump it and it would MOVE. When she was quite young she loved that so much that when we didn’t take part she’d go in the kitchen, grab a mouthful and come charging into the living room and open her mouth and it would scatter all over and she’d freak out and chase down every piece.

A while back Cate mentioned to me that Lucky had a lump on her neck. We both knew what it was. She started sleeping more and eating less. She began to get thin and weak. When the time came that we were carrying her outside to do her business we knew it was time to let her go. This morning we took her to the vet and let her go.

We called her Lucky because she survived, but in the long run she truly was a lucky dog. She lived her entire life with a family that loved and cared for her. She slept in the sun all summer, and on the heater all winter. She had toys when she wanted them, and snacks as often as we thought was healthy.

She was a very very good dog.

This video has been significant to me for a while now, I found it quite a bit before Lucky was done, but after we knew. Make sure you watch the vignette at the end.

In my last post about our life’s adventures I mentioned we were going to spend the winter in a cabin up north. We’ve decided not to do that. There were a plethora of reasons, and it just makes sense to stay here until spring. Cate accepted a job at Automattic, and could use some months… 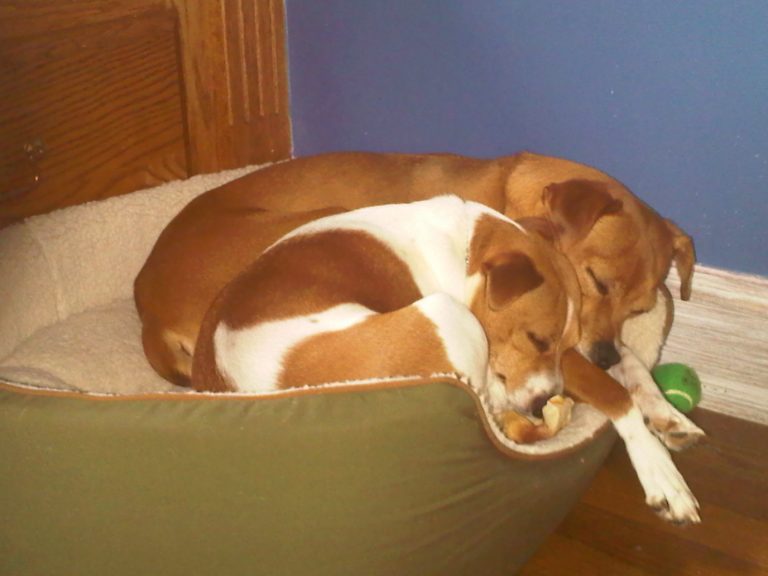 Less than a week after we said goodbye to Lucky I find myself writing another obituary, for our sweet little Claire. When my eldest was 9 she mentioned she’d like a puppy for her 10th birthday. Lucky was a Rat Terrier, and we really liked her, so Cate went looking for Rat Terriers. She found…