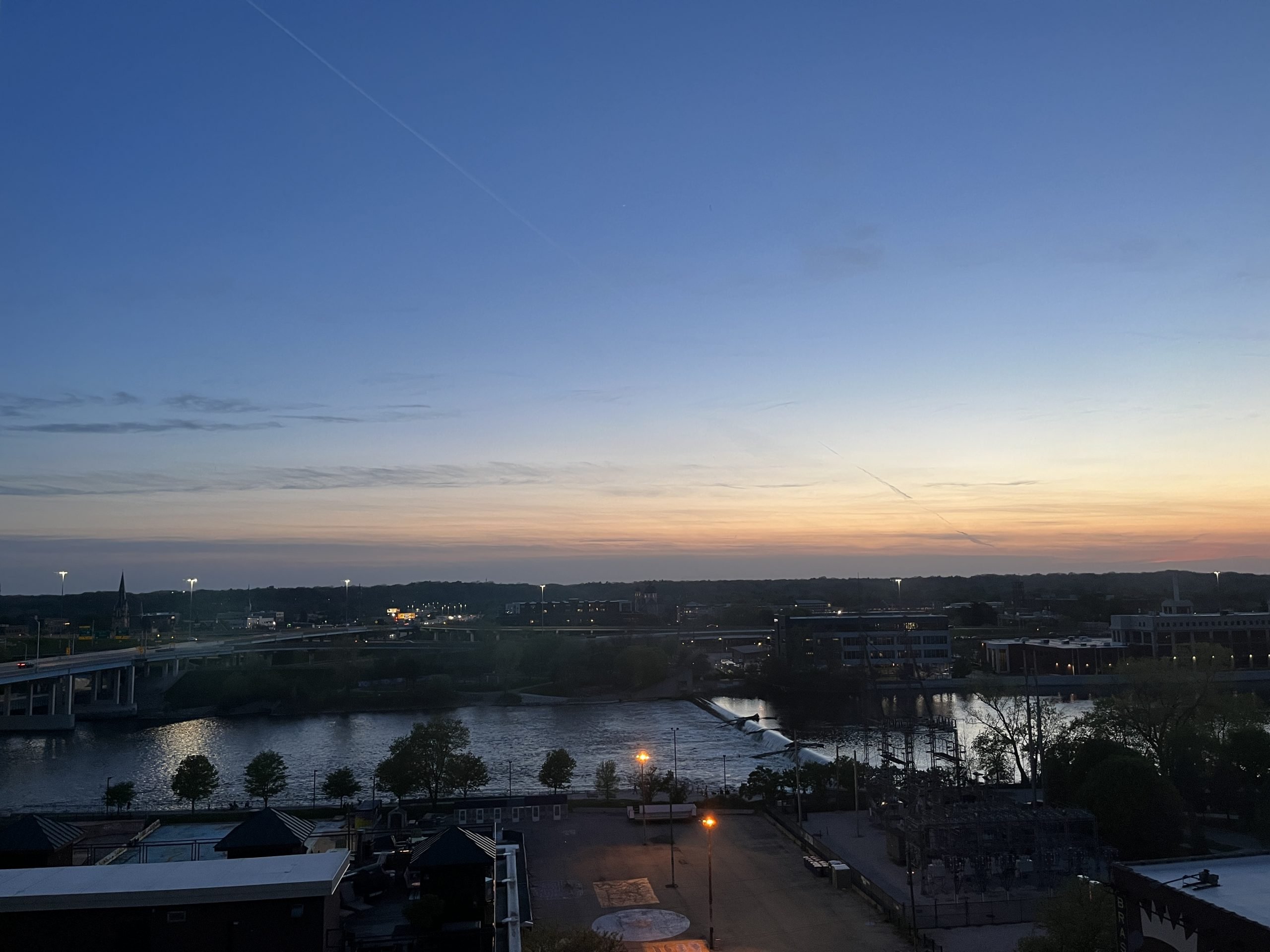 As I mentioned in my last post Cate got a new job at Automattic. She asked for some stability for a while, which meant not living in Agnes full time. As it turns out, Agnes is hard to get parts for, so it’s still in the shop anyway.

All that said, the girls still wanted the house, and we needed to go. Last spring Cate and I started looking around at apartments, and eventually decided on a nice one with a river view. It’s on the 10th floor, close enough to the city to walk in just a few minutes. It has nice windows and great amenities, we’re really happy with it. It’s very dog friendly, so it’s really common to meet a new dog in the elevator.

We’ll be here until next June at least. I suspect we’ll vacation in Agnes when she’s ready, and from that tell whether we want to do it full time or not. Either’s fine by us. We really enjoyed Spain and Portugal as well (more on that in next posts), maybe we’ll move there. Who knows?

A nice thing about an apartment is it’s easy to lock the door and walk away for a week or four. We might just do that.

Here are some pictures of the new place. The living room has floor to ceiling windows. The kitchen is larger than we really need, but well appointed. The red sunset was taken while I was lying in bed. The rooftop has a nice place to hang out, and looks right over the city fireworks area. 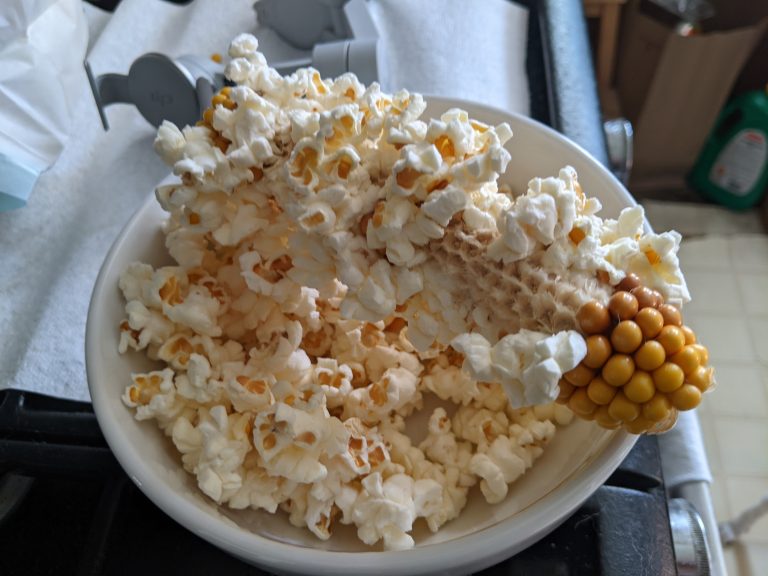 Recently we were at Duluth Trading Company and I saw a small cob of corn shrink wrapped. I grabbed it and it said it was microwave popcorn. It was only about $2, so I figured it would make a great experiment. I tweeted about it, and got some queries. So today I decided to give… 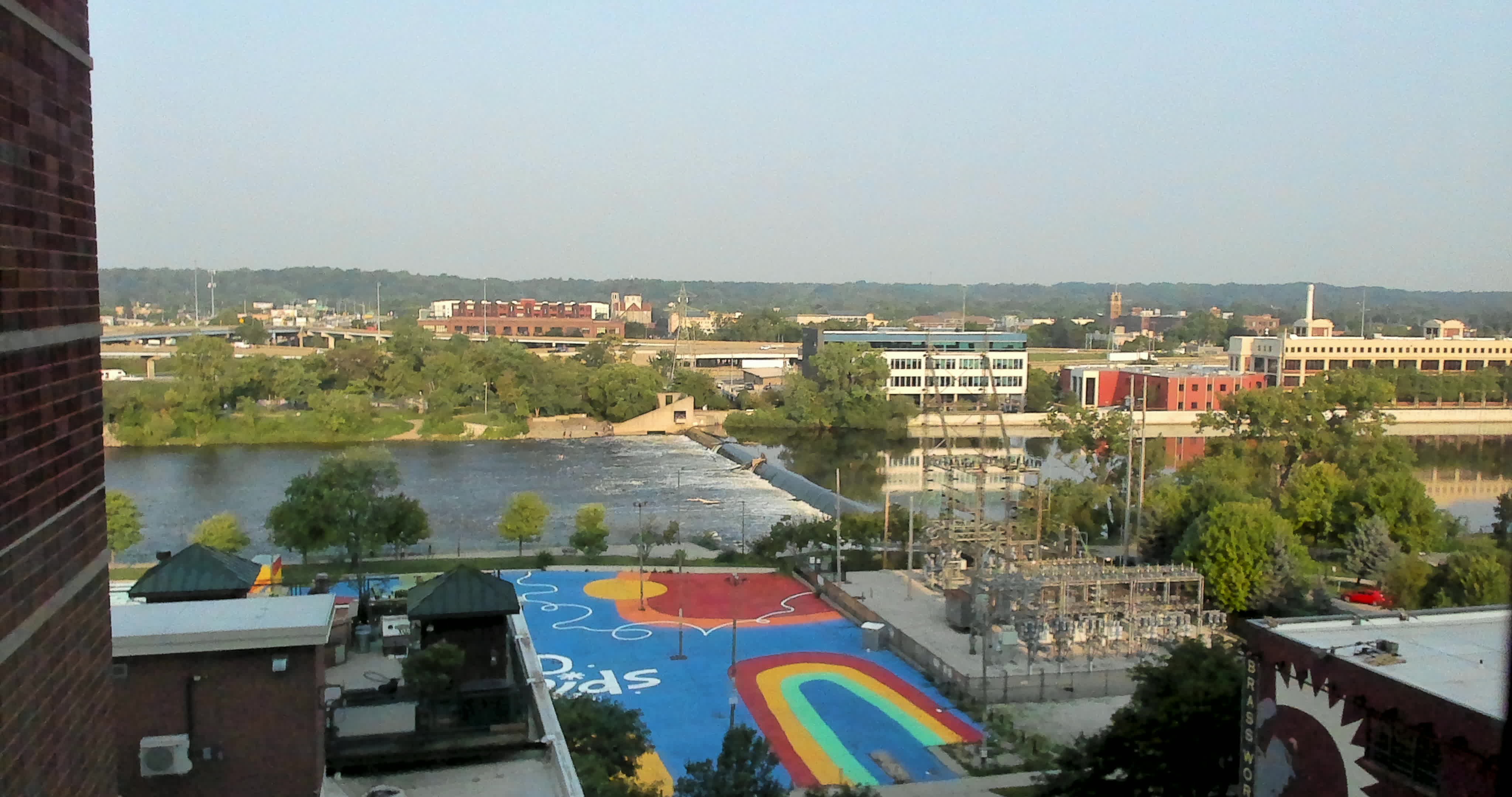